Anxiety, Autism, and Adventure in a Parallel Reality

My hubby has been a lot of things in his life. He was a comic book collecting, baseball playing, break dancing, Eagle Scout earning kid. He was an Army Private, First Class, paying his way through college for a degree in graphic design. He was a Lindy rock star, a handsome guy in uniform dancing … END_OF_DOCUMENT_TOKEN_TO_BE_REPLACED

At the bottom of a shallow stretch of river, protected from swift currents by slippery boulders and various water plants, lived a slug. He was a brown, non-descript fellow, lacking even the adornment of a shell. Just brown. Brown and squishy. Despite his humble appearance, this particular gastropod had an adventurous spirit. He often crept … END_OF_DOCUMENT_TOKEN_TO_BE_REPLACED

The year was 2001 – my first year of teaching. New job. New town. New apartment. New friends. The 9/11 attacks happened my first full week as a fifth grade teacher. It was a lot to process. On a night like any other night in my little apartment above the hair salon in the center … END_OF_DOCUMENT_TOKEN_TO_BE_REPLACED 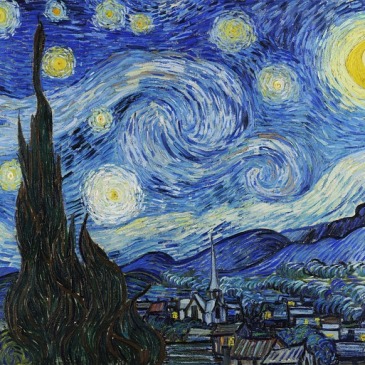 I met my friend Angela my freshman year of college when we bonded over cat cadavers in Anatomy and Physiology lab. I was drawn to her delightfully odd sense of humor and ability to take jokes a bit too far in the best possible way. I was a heavy metal chick at the time, with … END_OF_DOCUMENT_TOKEN_TO_BE_REPLACED 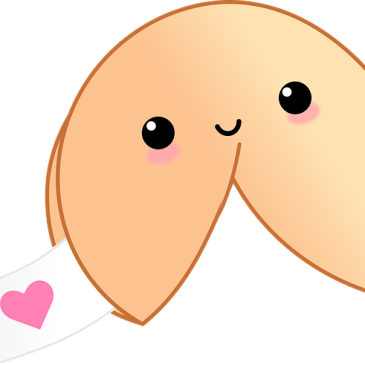 Let me start by saying I don’t believe every fortune cookie needs to have something wise to say. In fact, I’m guessing the cookies from which I received fortunes that I’ve since kept pinned to my bulletin board are likely the overachieving cookies that actually put some effort into coming up with a thoughtful bit … END_OF_DOCUMENT_TOKEN_TO_BE_REPLACED

Albert Einstein theorized that the dark, empty space of the universe is not “nothing,” that empty space may, in fact, possess its own energy. Scientists have called the “something” of empty space “dark matter” and called its energy “dark energy.” And although they still question and explore the nature of space as it relates to … END_OF_DOCUMENT_TOKEN_TO_BE_REPLACED

Nothing frustrates me or gives me more anxiety on a journey between point A and point B than having my forward momentum slowed or stopped by the noisy, confusing gridlock of traffic. So crazy it makes me that I often take the next available exit and try to feel my way through back roads and … END_OF_DOCUMENT_TOKEN_TO_BE_REPLACED

I read somewhere that people who have a positive attitude live longer. If this is, indeed, the case – I am screwed. As far as I can tell, I’ve pretty much been a crotchety old person complaining about the music being too loud and telling people to get the hell off my lawn (figuratively speaking, … END_OF_DOCUMENT_TOKEN_TO_BE_REPLACED

As the saying goes, sometimes it’s hard to see the forest for the trees – you concentrate so hard on the details that you miss the big picture. By the same token, it’s possible to notice the whole while ignoring it’s individual parts – seeing the forest but neglecting to acknowledge the trees. Then there … END_OF_DOCUMENT_TOKEN_TO_BE_REPLACED

I’m being completely honest when I say that for all the “how to raise a healthy baby books” I read when I was pregnant, I did not read one single book on child behavior, discipline, and parenting. First of all, my parents kept 6 of us in line when we were growing up, so I … END_OF_DOCUMENT_TOKEN_TO_BE_REPLACED

Jen Rosado originally hails from a parallel universe in which she was first a medical laboratory technologist, then an elementary school teacher. She spent her free time swing dancing, reading, watching sci-fi shows, and carefully planning ahead in a desperate attempt to avoid anxiety-provoking situations. Due to a twist of fate (or perhaps a Cosmic Conspiracy), Jen now resides in this universe with her husband and son and spends her days in anxiety-provoking situations. Although not qualified to discuss the theoretical quantum physics of parallel realities, she has plenty of personal experience in the realms of autism and anxiety. If she has a spare moment, you'll find her procrastinating, overanalyzing, or pondering deeply the meaning of life. This blog is a collection of stories, musings, and observations about life, parenting, anxiety, autism, and whatever else the future may hold in this strange, unsettling, and enlightening universe. This is NOT a blog about Quantum Physics.